The crane has signified long life and happiness in many Asian cultures. This sword in the hands of a master would ensure both, for it is light and well balanced.

The blade is hand-forged Damascus steel and arrives razor sharp. The handle has genuine ray skin and is wrapped with black, Japanese purpose silk. The tsuba is of a solid zinc alloy and has been painted with a rich, black finish. Comes with matching wooden scabbard, enameled with a dark, faux ray skin finish.

Write a Review
Write a Review
Great Entry-Level Sword
I want to preface my review with some comments about my personal situation. This is my first real sword. I have always loved swords and have owned a few mass produced stainless swords. I don't know if this is a common path to begin collecting but I play and collect guitars also so I had to decide where my priorities were. I felt it important that readers know that this is written from the viewpoint of a first-time buyer, but not someone totally ignorant of the subject.
So, I have to say I'm totally satisfied with my purchase. Price point was a large factor in my decision and I couldn't be any happier for what I paid. I can't attest to it's durability as I haven't engaged in swordplay with it but rest assured it is a functional blade. It came with a very sharp edge from the box and with a few minutes on a whetstone I had it slicing thin strips from a sheet of notebook paper at arm's length. The Damascus pattern on the blade is slightly subdued but very pretty. It is not consistent across the entire blade (as noted by other reviewers) but seemed a small thing to me. Again, considering the price point, I was happy with the fit and finish. As described, it does not use authentic traditional materials such as ray skin. For what I have invested in it, I found nothing about this sword tacky enough to make me regret the purchase in any way. The only thing that bugged me about appearance was the dowel pins used to attach the tang to the grip. They were flush fit but left a raw wood color and were quite visible. I colored them with a black permanent marker and they blend with the wrap perfectly.
To summarize, I found this an excellent entry level sword and I think anyone anyone realistic in their expectations will be satisfied. The only negative aspect of the experience was the wait time. This may be common in the edged weapon market but I was a little shocked. It took far longer than the 3-4 moth lead time stated. I don't honestly remember how long as I had basically given up and stopped waiting but I estimate between 9 months to a year. Having said that, this company handled it with as much grace and courtesy as could be expected in the situation. I received an e-mail every month or two after the stated lead time apologizing and asking if I wanted to cancel the order. In addition, I was promptly e-mailed when it became available to make sure I was still interested before they pulled the trigger.  I can't fault them for any part of the experience.
- James, July 10, 2021 | Verified Purchase
Was this review helpful? Yes No (0/0)
Love this sword!
Very nice sword! The wrap and fittings are tight and the sword is well balanced. The damascus patern is also beautiful! My only complaint is that the last 1 1/2" of the tip of the blade has been polished which has removed the damascus pattern almost entirely. Other than that I am pleased with my purchase.
- Dan, July 12, 2019 | Verified Purchase
Was this review helpful? Yes No (0/0) 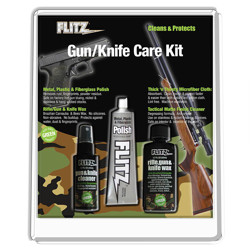 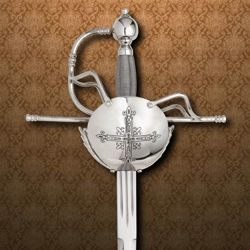 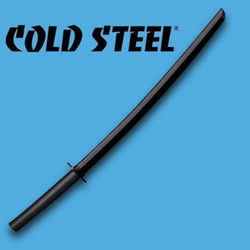 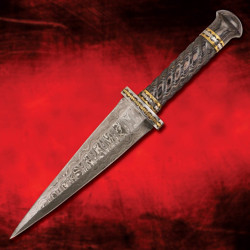 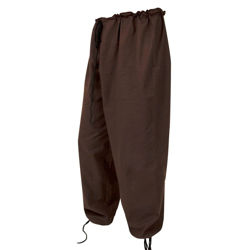 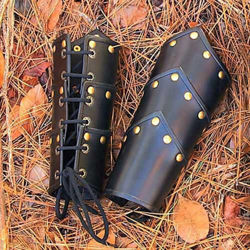