In earlier ages the axes taken to a battle were the same ones used in everyday work That, however, is not the case with this axe; it was made for war. The down curved, wedge shaped blade coupled with the curved shaft made for a very powerful cutting arc that could shear through mail and badly damage the simple plate that was in use at the time. When reversed, all of the force of the blow was concentrated on the back hammer poll and could crush a helmet. In the hands of a mounted knight this type of heavy headed axe was devastating to men on the ground and on horseback alike. It could split mail helms and shields, and the extended back poll could easily crush bone. The curve of the hardwood shaft added to the power of the blow. An excellent fighting axe and a devastating “high-tech” weapon for its age.

Write a Review
Write a Review
Good design/problems with execution
This axe has a good balance and over all feel but mine has a few flaws. The head is slightly canted and there is a 2 1/2" crack in the handle where in enters the head. We will see if it stays intact but this is disappointing.
- Dan, January 31, 2019 | Verified Purchase
Was this review helpful? Yes No (0/0)
Buy again
Marvelous object, perfect for riding a bike and chopping dogs.
- Jim, December 23, 2018 | Verified Purchase
Was this review helpful? Yes No (0/0)
Good Axe
A decent axe, especially if you can snag it a the Deal of the Day price.  My brother and I both bought one with no complaints.  Works with a variety of periods and styles.
- Jonathan, August 30, 2018 | Verified Purchase
Was this review helpful? Yes No (0/0)
Good Design. Solid.
Maybe not great, but good at this price. Really, about the only thing I don't like about it is that it's a little plain. I'm thinking I may just need to 'antique' mine a little.

Materials seem good, very solid well-fitted secure handle. I'll use mine for re-enactment so I'll leave the factory edge. I doubt these were intended for chopping wood, though they will probably withstand light use.

I was fascinated by the design and didn't have anything like it in my collection (I have mostly rugged looking GDFB, Hanwei, a couple of Cold Steel). I was interested to find lots of historical references to this style of axe though, including this one on wikipedia for 'Battle Axes': Robert the Bruce, King of Scotland, used an axe to defeat Henry de Bohun in single combat at the start of theBattle of Bannockburn in 1314. Given that Bruce was wielding the axe on horseback, it is likely that it was a one handed horseman's axe. They enjoyed a sustained revival among heavily armored equestrian combatants in the 15th century.
- Kevin, January 03, 2018
Was this review helpful? Yes No (0/0)
I loved this axe, weight was very good and when sharpened performed well. On the earlier review possibly used it on to big a log since this is not really made for chopping logs but men,or stout limbs on trees, which is what I did with it and it worked great!
- Daniel, April 03, 2016
Was this review helpful? Yes No (0/0)
Overall, this is a good replica.  The curved handle is a definite plus.  The head has good definition.  The only problem that I see is that a little detailing might be needed.  This is something that is needed in a collection of war axes.
- Sherwin, June 01, 2015 | Verified Purchase
Was this review helpful? Yes No (0/0)
I got this axe on the deal of the weekend.  When it arrived, it was about as dull as it could get but wasn't difficult to put a good edge on.  After sharpening it, I took it outside and took a few swings at a softwood log.  It cut great until the forth or fifth swing.  Then, about a quarter of an inch of the bottom of the blafe broke off.  This axe may be OK for reenacting or hanging on a wall, but it is no good for actual use.
- Paul, December 30, 2014 | Verified Purchase
Was this review helpful? Yes No (0/0)
I snagged TWO of these when it appeared as the Weekend Deal. When I saw it, it occurred to me that this is EXACTLY how I'd expect the axe used by Robert the Bruce to dispatch Henry de Bohun to look! Receiving them, I was not disappointed. Great size and, as another reviewer mentioned, it's almost alive in your hand. Very ergonomic. It's also very sturdy, with no wiggle whatsoever. It comes butter-knife dull, but even though I'm no wiz at that sort of thing it took me all of 15 minutes with a bench grinder, flat file and then a stone to make it "cleave-ready." Great axe.
- Gordon, November 13, 2014
Was this review helpful? Yes No (0/0)
A truly wonderful axe. The wood is very durable and the head doesn't wobble no matter how much one uses it.
- Jacy, November 11, 2010
Was this review helpful? Yes No (0/0) 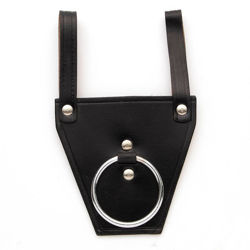 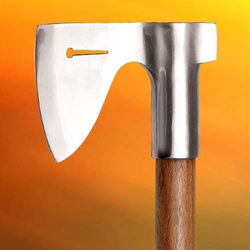 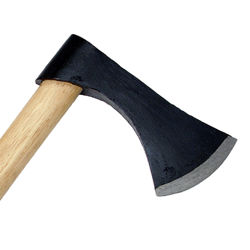 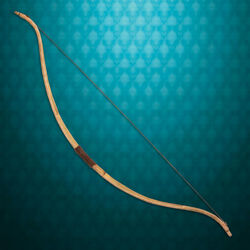