The Battle of Lyndanisse

In 1219, Valdemar II of Denmark continued the Danish conquest of the German Baltic Islands begun by his brother, Canute VI.  At the Battle of Lyndanisse, near Reval, the Danes were battling the pagan Estonians. Weary and facing defeat, a critical turning point in the battle came when a red and white banner came in to the possession of Valdemar. Legend says the banner fell from the sky following a crash of thunder, landing in the arms of an archbishop, who heard a voice saying “When you raise this banner against your enemies they will yield before you”. A messenger was sent to King Valdemar with the banner and communication. The King held it high over the troops, and this divine approval encouraged the Danes to victory. Rallying under this new banner, which went on to become the national flag of Denmark, the Danes threw back the Germans and went on to seize all of Estonia.  This flag, called Dannebrog, or “Danish Cloth”, is the oldest flag in the world still in use and has been adopted by other Nordic countries. 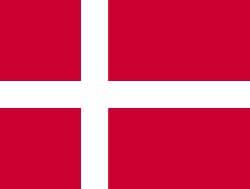 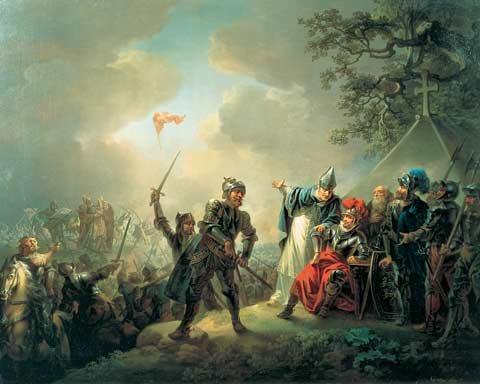 *Dannebrog falling from the sky during the Battle of Lyndanisse, June 15, 1219. Painted by Christian August Lorentzen in 1809. Original painting is located in Statens Museum, Kunst, Denmark.