Flags have been a part of armies and battlefields for as long as we can remember. Museum Replicas offers a wide variety of historical flags from the Crusades. 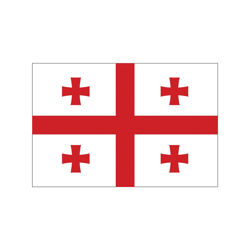 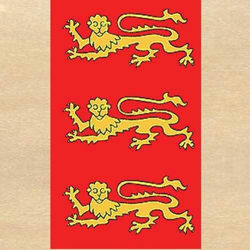 #801430
This flag, the royal standard of Richard the Lionheart, features durable printing on nylon making it suitable for both indoor and outdoor display. Metal grommets. Measures 3” x 5”.
$11.95 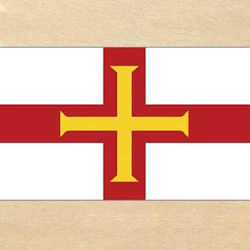 Good price for a flag, good fabric, and made my students (who are Assassin's Creed fans) look at me sideways when they saw the Templar crosses.
Reviewed by: Patrick, June 15, 2020

Bought both this and Edward III's flag. Can't wait to hang. Both are vibrant and beautiful. Thrilled to have them!
Reviewed by: Mary Ellen, August 28, 2017

I purchased this flag for a friend of mine for his birthday and he absolutely loves it and is hanging it proudly in his home.  Thank you Museum Replicas for everything...you guys rock!
Reviewed by: Scott, March 06, 2015

This flag is not the Georgian NationalFlag as some have stated, it is similar however, This is an Historically accurate reproduction of the pattern. The Georgian Flag uses different style crosses but it is very similar.
Reviewed by: Christopher, January 01, 2010