Who has an eye on the Iron Throne?

July 16th! Game of Thrones season 7 is finally arriving and there are quite a few of us here at Museum Replicas feeling the excitement! 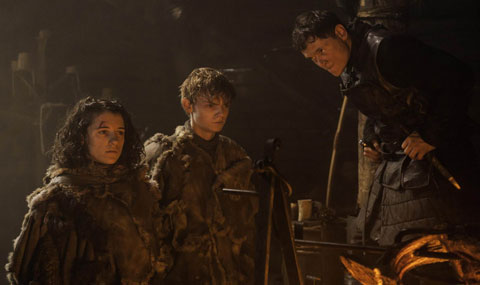 Of course, our history with the franchise makes it easy to enjoy. Even after our licensed line ran its course, we still can't part with the wonder of author George R.R. Martin's book series. It could be that that has something to do with how often we see ourselves in the series. For instance, the Dothraki raider knives that seem to be poking out of the sashes/belts of warriors like Qotho. Recognize those distinct handles? It's hard to hide the profile of the Raven Claw Fighting Knife. Although his actions were deplorable, the daggers carried by Karl Tanner in season 3 were in great taste. The orchestrator of the mutiny at Crastor's carried both the Poignard and the Soldier's Dagger (on closeout!). We even did some custom costume work, too! See those nice breastplates worn by the soldiers of House Tyrell? The moment may have been brief, but the armor still had time to shine! There are probably far more examples that I have yet to notice, what have you seen that looks familiar?