They chose our Robert the Bruce Sword for this movie 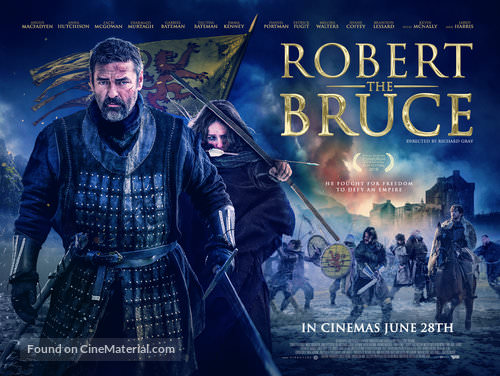 Scottish independence was a long, fight riddled with blood and sorrow. We have all seen the exploits of William Wallace in Mel Gibson’s now classic film, Braveheart. However, an even larger hero emerged from the flames for this fight for unity and sovereignty, and that man was Robert the Bruce.

Born in 1274, he was the eighth Robert de Bruce and became Earl of Carrick in 1292. As the English – Scots War raged, Robert became a leading supporter of William Wallace and his rebellions. However, upon the murder of John Comyn in 1306, the possible heir to the throne, Robert took this opportunity and was crowned King of the Scots on March, 25th.

Many battles ensued, not only with the English, but within the Scottish ranks, too. However, in 1307, Edward I of England died, leaving his son Edward II to squash this growing rebellion. The turning point came in 1314 at the now famous battle of Bannockburn, where greatly outnumbered, the Scottish forces trounced the massive British army. It still took till 1328, but Edward III finally recognized Robert’s title as King of the Scots and abandoned all claims to over-lordship.

In recent years, many movies have been produced about this warrior-king. Netflix has done a version of his story called, Outlaw King starring Chris Pine as Robert. And now, in 2019 we are getting another theatrical film, simply entitled, Robert the Bruce. This amazing retelling stars Angus Macfadyen as Robert (and who actually portrayed Robert in Braveheart!), as well as Jared Harris (Professor Moriarty in Robert Downey’s Sherlock Holmes). This gritty film looks to be a great version of this story and has been shot on location in Scotland.

Here at Museum Replicas, we have produced a number of swords, not only from this time period but also from Scottish history. We were very proud to hear that the production chose our Robert the Bruce sword as the main weapon wielded by the Bruce in the production. 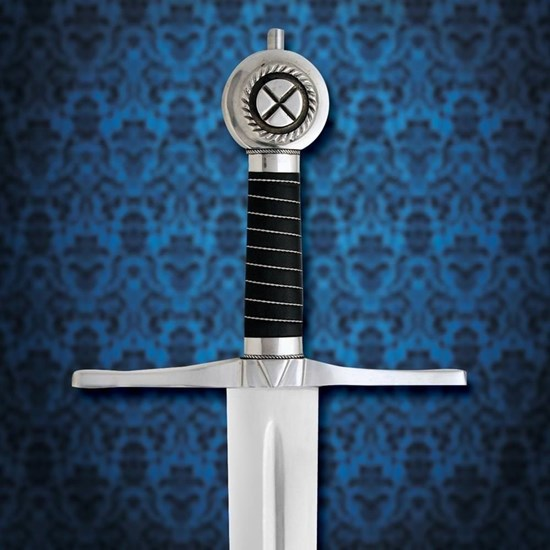 Our sword, which is manufactured by Windlass Steelcrafts of India, has a high-carbon blade, beautiful fittings and a gorgeous scabbard, truly fit for a king! You can actually own this battle-ready movie prop!