Steel Clashing. Muskets firing. Cannons booming. Specters appearing through thick smoke with death in their eyes. You've not dreaming; you're under attack from the scourge of the open seas: Pirates.

When most people think of Pirates today they picture the ever memorable Captain Jack Sparrow from the motion picture Pirates of the Caribbean. You know what I mean-- the pirate bandana, the tricorn hat, loose shirt and pants with and an outer vest or pirate jacket with strapping boots. As weapons this imaginative pirate most likely has a cutlass in one hand and a flintlock pistol in the other. This idea of pirates, however, does not represent the majority of pirates throughout the ages.

Perhaps as long as people have been sailing the seas there have been people preying upon them. Some of the earliest known records of piracy are from Phoenicians well beyond 1000 BCE. The Roman Republic frequently had issues with pirates in the Mediterranean Sea. In fact, even the famed Julius Caesar spent time as a pirate prisoner. Eventually Rome had had enough and devoted entire armies to removing the problem.

During the Medieval Ages, the most common pirates were the Vikings in northern Europe. Although they preyed mostly on land settlements, the basic premise of piracy was kept alive - plunder, the driving force of all pirates throughout all ages. Far southeast of the Vikings, the various Muslim empires and Indian governments had their own piracy problems as well. The precious cargo coming from the Far East was too tantalizing a prize to resist and merchant ships were often the victims of pirate attacks. Although most of the precious spices and silk that Europe and the Middle East craved so much came from China, China itself had many problems with pirates. During the Qing dynasty, 17th - 20th century, pirate fleets grew powerful enough to rival the Qing navy! 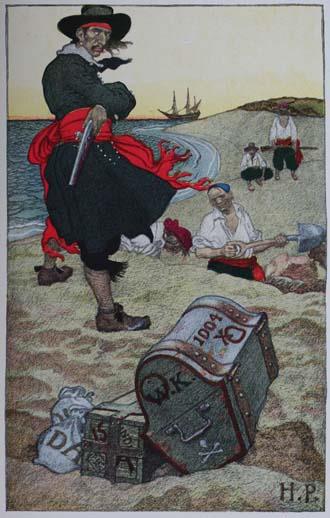 Still, perhaps the most well known and feared pirates of all time were those of the Caribbean. This is where the iconic image of a pirate comes from. A swashbuckler. Buccaneer. Pirate. Most active during the mid to late 1600's and the early 1700's, pirates plagued the Caribbean at sea and on land. Pirates of this age pillaged and plundered until people became afraid at the very sight of a pirate flag. Yet even in this golden age, the real pirate was very different compared to the idea that most people have of them today.

Pirate ships were some of the first and most effective true democracies since the ancient Greek city states such as Athens. Captains were elected by the crew and although mutinies did happen, if a captain didn't fit the desires of a crew they usually just voted him, or her, out. Crews often decided where the ship would go and who it would attack, not the captain. On the other hand, certain captains and pirates did stand out and became a dominating voice in the world of piracy: Blackbeard, Sir Francis Drake, Marie-Anne, Henry Morgan, Bartholomew Roberts to name a few.

Blackbeard and Sir Francis Drake represent two very distinct styles of piracy. Blackbeard was a ferocious warrior with an unstoppable power in battle. He probably wore the very distinct style of pirate clothing and took an added step of putting slow burning matches under his hat to add smoke to his already terrifying appearance, making him appear like a fury from Hell. Sir Francis Drake wore wealthier, Renaissance style clothing and drank tea. Seeming more like a noble, Drake's rich appearance contrasted sharply with the pure pirate look of Blackbeard. Both men, however, are legendary for their exploits. Sir Francis Drake helped defend England from invasion by the Spanish and sunk numerous Spanish ships in the Caribbean and elsewhere. Blackbeard took dozens of ships and terrorized the sea with his fleet, directing it from his flagship Queen-Anne's-Revenge. 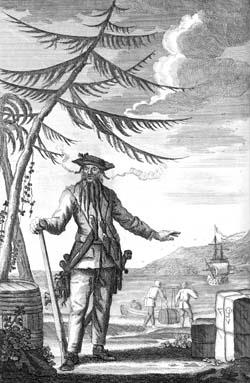 Pirates in the Caribbean are looked back on as glorious adventurers with a lifestyle full of excitement and danger. Piracy, however, has not died out by any stretch of the imagination. Pirates of the modern age are vicious killers, using RPGs and automatic rifles to take every kind of ship imaginable and either killing the crew outright or holding it hostage. Pirates have been a major issue for nations since the dawn of sea travel and there's little sign of things changing.

Pirates of this time were experts at exploiting the weaknesses and strengths of the weapons they used and encountered. The cutlass is the ultimate bladed weapon associated with pirates. The advantages that the cutlass had over many other swords at the time are its weight, length and thickness. During the golden age of piracy (late 1600’s to early 1700’s), advances in steel forging allowed blades to be thinner and lighter without sacrificing the strength of the sword. As the cutlass was a thicker, heavier style sword, it was able to easily bash aside most other bladed weapons of the time. This exposed the body of whomever the pirate was fighting, making a kill or capture much easier. As a shorter sword, the cutlass was better suited to fighting on deck or in the closed quarters of a ship. Combined with a short but sturdy dagger, or often a dirk, a pirate was an enemy you would not want to face close up. Many pirates used a battle axe to help board, kill, or disarm their victims as well. This variety of weapons assured that a pirate was always ready for any situation. 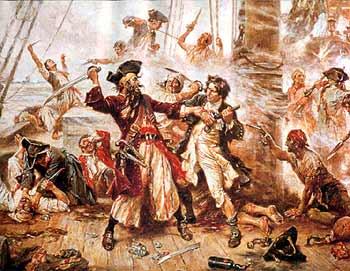 At further distances you weren’t safe either. Matchlock, or flintlock, pistols and blunderbusses wreaked havoc on a crew. Although not incredibly accurate, pistols were small and a single pirate could carry many of them, assuring numerous hits. The famous pirate Blackbeard was rumored to have carried three bandoliers full of pistols into battle! The blunderbuss was the maritime weapon of mass destruction. Equivalent to a modern shotgun, the blunderbuss fired a massive spread of anything you could put in it. From iron balls to metal shavings and beyond, the blunderbuss packed a massive punch and if you were unlucky enough to survive being hit by it, the wounds were crippling, grievous, and often couldn’t be patched up or healed. As most pistols, and even more advanced rifles, were still inaccurate, especially on a ship rolling at sea, the blunderbuss sprayed death in a broad spread which made accuracy rather redundant.

So let’s say that you wanted to stay out of range of both bladed weapons and smaller fire arms. It seems like the smart thing to do if you wanted to live or avoid being captured. Well, the pirates had a solution to your smart thinking. Grappling hooks and cannons quickly brought you to where the pirates wanted you. Cannons could fire iron balls at your ship, punching holes in it and possibly sinking it. They could also fire grape shot which consisted of, like the blunderbuss, whatever pirates wanted to put in the cannon. Silverware. Small pellet balls. Pretty much anything could be pushed down the barrel of a cannon and when it was fired-- it was a bad day to be a human wherever the cannon was aimed. Once your ship was crippled and many of your fellow crew members were killed from cannon fire, the pirates closed in on your ship and grappling hooks were thrown over. Pirates used these to pull their victim’s ships up next to the pirate’s ship and board them. Now you, as a member of a crew being attacked by pirates, could either surrender and hope you’re treated well or you could fight back and most likely die.

Clothes may make the man, and it certain made the pirate wearing them, but it was their weapons and prowess in battle that made pirates rightly feared for generations on all the seven seas.