sold out!
Did Troy really exist? There are ruins in Asia Minor that many archaeologists think may be the walled city where Greeks may have settled and thrived, but we only have the writings of Homer that tell of it. We have named this sword for the fabled city, with its leaf-shaped blade and beautiful hardwood and bronze hilt that could have fought off enemies for years. Made by Windlass Steelcrafts®. Includes scabbard. Can be sharpened for additional fee.

Write a Review
Write a Review
I don't know about the armaments of ancient Troy, but this item is pretty much a reasonable representation of the Roman spatha, a sword for cavalry, as used in the late emperial period. It would also be representative of the type of thing that a Romano-Briton would have been armed with about the time of the Saxon invasions (More likely to be representative of Owain Ddantgwyn, a.k.a. "The Bear," a.k.a. "King Arthur" circa late 5th Cent. England: The name "Arthur" appears to be a hybrid of the Old English and Latin words for Bear; it is not a derivative of "Ambrosius" and it would appear that "Arthur" was a subordinate commander under "Ambrosius" circa 480-488c.a. when Ambrosius died andand Arthur replaced him as high warlord for the Brits.
- Judge Joe, December 27, 2008 | Verified Purchase
Was this review helpful? Yes No (0/0) 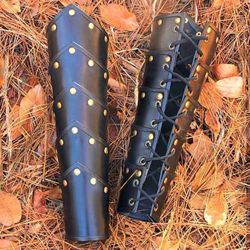