Write a Review
Write a Review
Kidney Belt
I got this to support my back and lessen back pain.  It does both well and is non-restrictive to movements.  Not only that but offers good protection both from trauma and cuts being about ¼” thick, which means about ½” thick where there is an overlap, and about ¾” thick where there is an overlap involving the belts.  I have more overlap, protecting my mid section, than shown in the photo.  The leather is of excellent quality and the belt well constructed.  Glad I bought it.  However I found two issues and overcame both.  Having a 38” waist I ordered S/M and the sucker would fall to the floor with no resistance.  I just relocated one rivet in each belt, and punched new holes in the belts.  A few of the factory rivets popped.  That issue may have been corrected by now, I bought mine several years ago.
I would give this 4 stars due to the issues stated above, but when clicking so I get a 3 star rating and the belt deserves better than that.  So MRL gives me a choice of 3 or 5 stars with nothing in between.
- Paul, February 10, 2018
Was this review helpful? Yes No (0/0)
Epic belt!
The entire belt is thick leather and seems very well made. Looks and feels great, slims me down and adds a layer of protection for sparring. 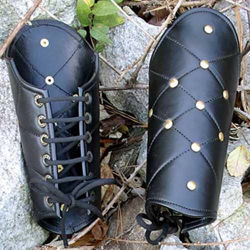 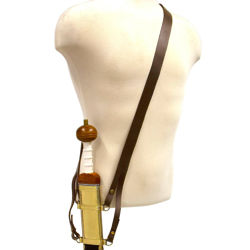