Cannot be shipped to MD, NJ, NY, or RI. Cannot use Papal as a payment option.

Write a Review
Write a Review
Okay but.....
I ordered two. One broke as soon as I pulled it out of the box. The trigger mechanism busted as soon as I got it. thankfully the one I ordered as a gift to my friend was okay.
- Andrew, June 27, 2020 | Verified Purchase
Was this review helpful? Yes No (0/0)
Good Model
I bought this with the idea of maybe making it into a prop from Firefly like the character Jayne Cobb had.  This is all metal (except the grip panels) and heavy.  The action works.  The hammer can be pulled back and set and a trigger pull with let the hammer drop.  The cylinder also turns as it should.  This is actually a true 1:1 scale version and looks like the makers used a real LeMat pistol to create the mold.  The only problem that I had was the hammer screw kept trying to work it's way out.  I used a little blue Loctite on it and it was fixed.  I had some reservation about spending this kind of money on a model but after I got it, I am not disappointed too much.  It is still a little pricey but it is the best one that I have found without spending the kind of money it would take for a full working version.
- Kenneth, November 03, 2018
Was this review helpful? Yes No (2/0)
- Billy, March 07, 2010
Was this review helpful? Yes No (0/0) 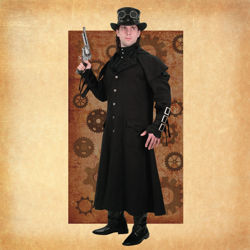 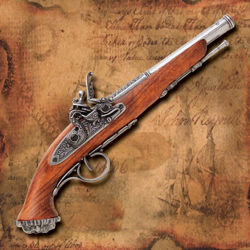 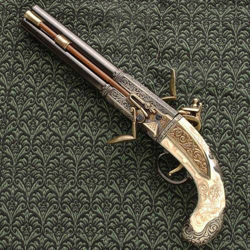 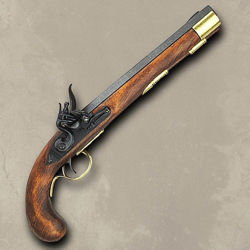