The Imperial Navy, also referred to as the Imperial Starfleet, was the division of the Galactic Empire in charge of maintaining security, peace and order in the galaxy.  At its most powerful, the Imperial Navy maintained the Emperor''s foothold throughout the galaxy.  Besides generally defending Imperial citizens from space-based threats such as pirates, smugglers and rebel contingents, they were charged with enforcing the Emperors Will, which was commonly accomplished by overseeing commerce through customs and blockade operations. The Imperial Navy performed orbital bombardments, transported ground force troops and followed that up with space and aerial support, the most notorious being the dreaded Death Star.

The ensembles we have recreated have had nothing spared and have taken months to research.  Each is hand made of a similar material as the ones worn on screen  in A New Hope (the original material being no longer available).  The garments are a heavy, custom dyed, 100% cotton weave with full satin lining just like the originals with every single snap and eye & loop closure sewn-in as the originals had for proper fit.  The regal outfits also feature the hat in matching material and solid metal accessories including the badge symbol, code cylinders (2) and rank badge; 1 row of 4 blue for Lieutenant.

The full leather boots are copied directly from originals kept in the archives.  Budgets being what they were back then, these boots also saw use on Luke in A New Hope ceremony scene and on Han as well.  A great multi-costume bargain for a basic boot!

The complete ensemble as worn on screen, using the existing cut-patterns from Lucasfilm archives and recreated here includes hat, dickie (half undershirt- yep they each had one), jacket, Jaipur ("jopper") military pants- inspired by a style developed and used by British armed forces in WWII with the classic wide thigh area.  Plus leather boots, leather belt with solid metal buckle and all accessories including rank badge and 2 Officers code cylinders.

Every detail has been captured (even the ones not evident on screen) for the most accurate Officer in the galaxy. This ensemble includes the boots.  If you wish to purchase it without the boots click here.

Write a Review
Write a Review
- Cristian, May 14, 2011
Was this review helpful? Yes No (0/0)
Although I have been waiting almost 5 months to receive the complete outfit what I have gotten so far is top notch and with a few alterations conforms to the costume standards for the 501st.  I am still waiting on the pants and boots and would like to see a better system employed to keep customers updated on the status of the back ordered items, but so far well worth the money
- Benjamin, March 28, 2011 | Verified Purchase
Was this review helpful? Yes No (0/0) 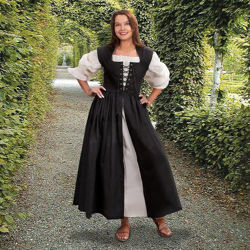 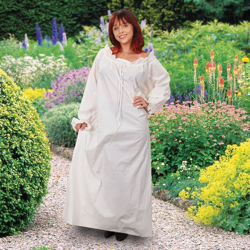