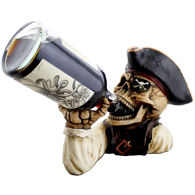 From decanters and bottle openers to stands for drinking horns, you'll find the perfect finishing touch for your bar or kitchen.

From demure keychain sized to massive mystic journals, you can transcibe your thoughts in style! MuseumReplicas.com carries the perfect journal for history lovers, collectors and swordsmen. 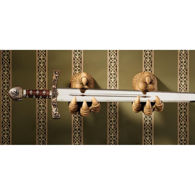 Show off your investments with our display stands and hangers. And your treasures will shine when treated with quality products designed for use on our line of weapons and armor. 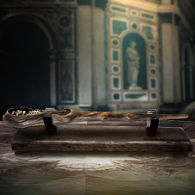 Here you'll find your leg irons, cuffs, dungeon keys, locks and such to keep the peace. 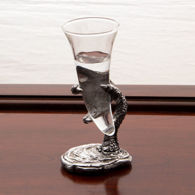 Our beautiful goblets and chalices are the perfect accompaniment to any meal. Many are made from natural horn or easy to care for lead-free English pewter. Find drinking horns, shot glasses and flasks, we even have coffee mugs so you can savor your morning libations. 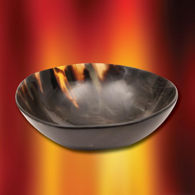 Find stunning Medieval and Viking styled plates and bowls to accent your next dinner affair. 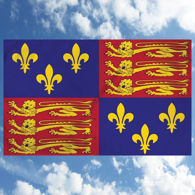 Whether it is the famous three lions of King Richard or the Union Jack, historical flags have represented honor and show allegiance and pride. Flags, banners, standards, call them what you will, they represent countries and militaries, identify territories, honor royalty, and can act as warnings. Pirates and Privateers of all sorts made flags to instill fear, the most famous being the skull and crossbones.

In antiquity, standards were used in warfare to identify the various factions fighting and reigned over a victorious battlefield. Examples include the eagle carried by the Roman aquilifer or the dragon standard of the Sarmatians. The latter would fly freely in the wind, carried by a horseman, similar to a kite. Beginning in the Middle Ages and later, flags were used primarily as a symbol of identity in battle, which made it easier to identify a knight than only from the heraldic symbol painted on the shield or tunic. The increasing use of flags during the high medieval period was gradually adopted by city-states. During the Age of Sail, especially in the early 17th century, it was common (later a legal obligation) for ships to bear flags designating their nationality; these flags would eventually evolve into present-day national flags. Flags also became the preferred means to convey messages at sea.

Whether carried into battle or flown on your porch, our flags will fly high. We carry iconic pirate flags, plus many historical flags from various eras, that are suitable for indoor or outdoor use. All of these are great for display, teaching, home use, or reenacting. 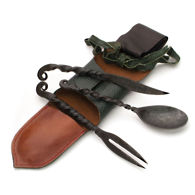 We have one of the biggest selections of Roman, Viking, and Medieval feastware and cookware on the web. The forged iron is authentic, made with the same materials and in the same way the original cooking utensils, cutlery, eating utensils, pots, pans, kettles, and more were made.

Our feastware can make any occasion stand out and be special, but is especially at home at Renaissance Faires, re-enactments, cos-play, period weddings, parties, and even for camping today. It is rugged and well made, and just as important, at the right price.
The term cutlery comprises silverware or flatware during historical times and various sets were favored by Romans and Vikings and saw the tables of Europe's Royal Courts, which includes forks, knives, and spoons of many sizes. We know during the Middle Ages it was common to simply use your fingers to eat with and let's face it, we still like to eat that way when we can today, but sometimes manners matter. Enjoy our wide array of forged iron camping, cooking, and eating feastware for your next gathering. Enjoy your purchase for years by following these easy care instructions. 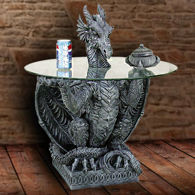 Decorate your home with unique pieces of furniture that do double duty as art. 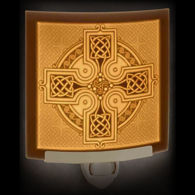 Your castle deserves to be decorated in style. MuseumReplicas.com carries medieval and Renaissance themed accents for the home. 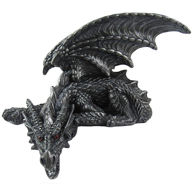 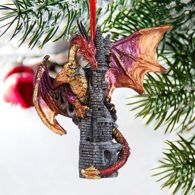 Ornaments are not just for the winter holidays! Browse our selection of baubles for tree, hearth, and home. 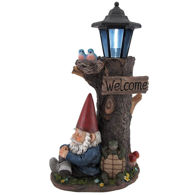 Adorn your castle in style with outdoor decor to match your tastes. Whether you prefer the medieval period or you're more of a Renaissance person, put the finishing touches on your landscaping with these fine items.

From Medieval churchwardens and Lord of the Rings long stems to Sherlock Holmes clay pipes, find an assortment of tobacco pipes and smoking accessories on Museum Replicas. Attending a LARP event or traveling to the faire, we have the perfect pipe to complement your attire. 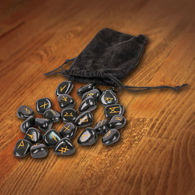 MuseumReplicas.com carries replica coins and casting stones. Great for teachers, collectors, and children, they provide that "finishing touch" for your costume as well. 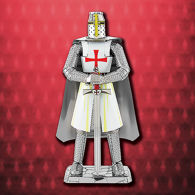 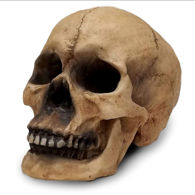 Beauty is not just skin deep. These skull statues will add a touch of the macabre to your castle. 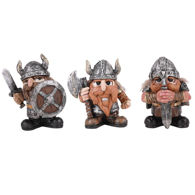 Spruce up your living space with medieval and fantasy themed statues and figurines. Dragon and gargoyle statues are a great way to ward off evil spirits, and skulls will bring in the eerie! Statues of mythology will appeal to those who count Norse and other gods as their favorite figures in history, while Knights, Viking and Pirate statues are the perfect representation of some of the fiercest warriors in history. No matter which one you choose, our statues, sculptures and figurines make great conversation pieces for your home 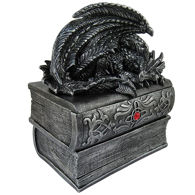 Reflect your style, while decorating your home with our selection of unique trinket boxes. These eye-catching decorative accents are the perfect place to house your small, treasured keepsakes. 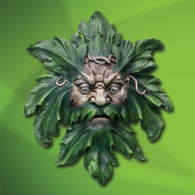 Don't leave your castle sparsely decorated. Fill the walls with decorative objects that reflect your unique taste and style.

We carry a vast assortment of quality goods for your house.  From the desktop to the kitchen, these pieces will bring a little bit of the Faire to your home. We also have display stands and products to care for your treasured purchases. Great for gifts or yourself, Museum Replicas is sure to have that "just right" piece!