Dressing as a Knights Templar for Halloween may not be the most original idea, but that does not mean it is not unique. So, how do you go about assembling a Crusader knight’s outfit? We’ll get to that in a bit, but first, let’s find out what those brave knights actually wore. 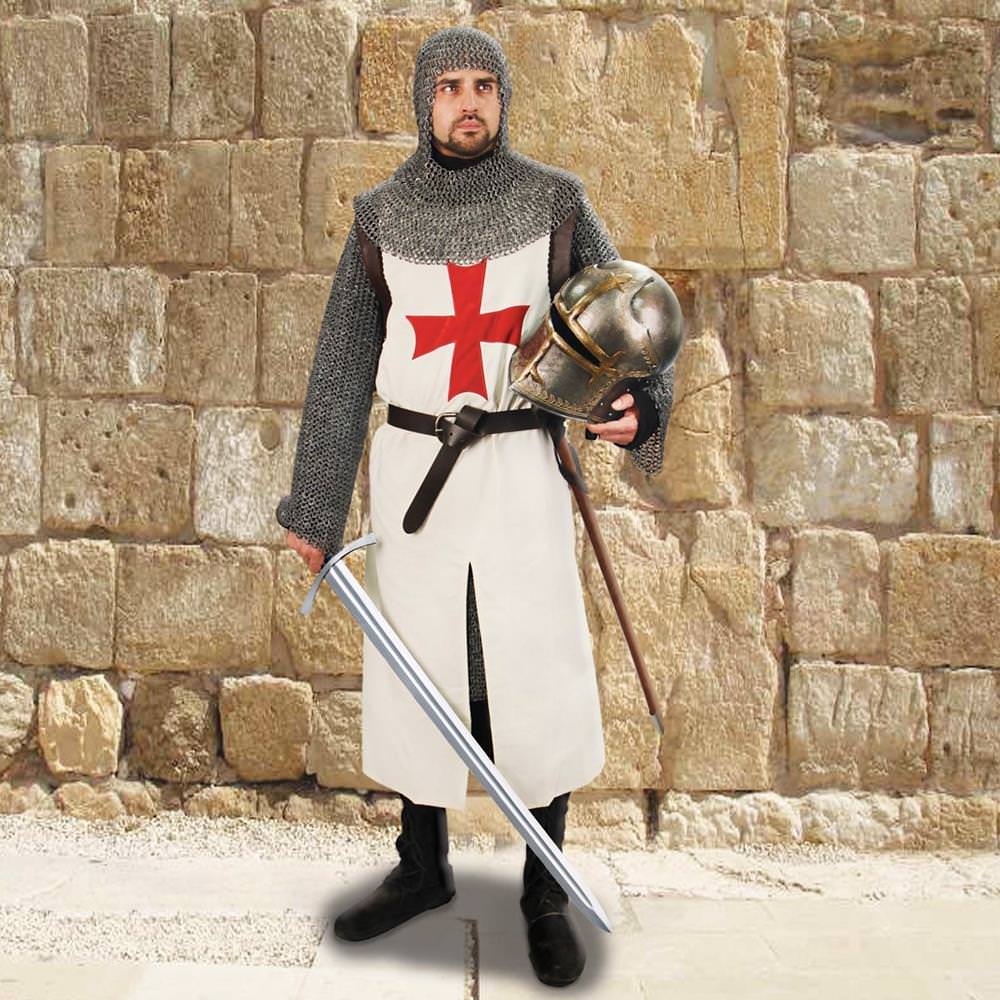 During the first two Crusades, a knight would be dressed in mail (linked iron chains woven together) from head to toe, which provided protection against swords. Under this armor, he would wear bries (medieval underwear). Then there were chausses for the legs and gambeson, a thick quilted coat, for the torso. The hauberk was worn over the gambeson.  This mail shirt was long and weighed between 25–40 lbs but was surprisingly comfortable and allowed freedom of movement when fighting from horseback. The surcoat was worn over the hauberk and featured the knight’s coat of arms, which matched his colorful shield and mantling on his helmet, which identified him and his people. This surcoat also kept the desert sun off the armor. A long belt was loosely tied around the waist over the surcoat, which helped support the weight of the mail.

For his legs, a knight would use wrapped blankets around the knees to guard them from chafing. Over this cloth was another set of mail defenses called chausses. The hands were covered by mail mittens. The head was protected by a cloth cap and roll that padded the helmet and kept the links out of the hair. The camail, a hood-like chain mail with an opening for the face, protected the neck from cuts. The helmet was worn over the camail and weighed 4–10 lbs and featured narrow slits for the eyes called “occularium.”

Back to your Halloween Crusader outfit. There are always enough DIY suggestions on the Internet. However, if you are seeking a more historically accurate outfit that you can wear not only this Halloween, but to Renaissance Faires and other events,  then check out Museum Replica’s Crusader tunics, capes and robes. We have suggestions for all types of budgets!