Pirate costumes are bold and fun, just as colorful as the historical pirates are portrayed in cinema and television. However, were buccaneers really that exciting? If you look at history, pirate life revolved around the R’s – Raid, Ransack, Rob, Repeat. Not so cheery, eh? However, their lives were still full of adventure, which cannot be doubted. And these adventurous lives gave rise to many stories and legends. Let’s try and separate some interesting facts from the myths.

The black flag with the skull and crossbones, also popularly called the “Jolly Roger,” was not a fixture of all pirate ships. Also, it was not the deadliest. Rather, a black flag meant that the pirates were willing to spare your life. The red flag, however, was another matter altogether. It was a sign that there would be no mercy! In fact, the name Jolly Roger is derived from the French "jolie rouge" which means "pretty red.”

Edward Teach, popularly known as Blackbeard, was one of the most feared pirates of all time and easily the best known. Though his feats were intimidating enough, Blackbeard was open to the dramatic to take his fear factor a few notches higher. As he approached a ship, the pirate would light hemp tied to the ends of his beard so smoke would swirl around his face.

There were fewer pirates with eye injuries than we think

Pirates did wear eye patches. But that had nothing to do with intimidation and rarely to do with real eye injuries. They did this to get used to the darkness they would encounter in areas below the deck, where danger could be lurking anywhere.

the plank was not a common punishment

Pirates did not always make mutineers and prisoners walk the plank. They preferred disposing of them straightaway without fuss. When pirates did torture, it was by dragging a person behind the ship or the good old-fashioned whip lashing. Sometimes, they would leave an individual marooned on a deserted island with a pistol and a bullet. 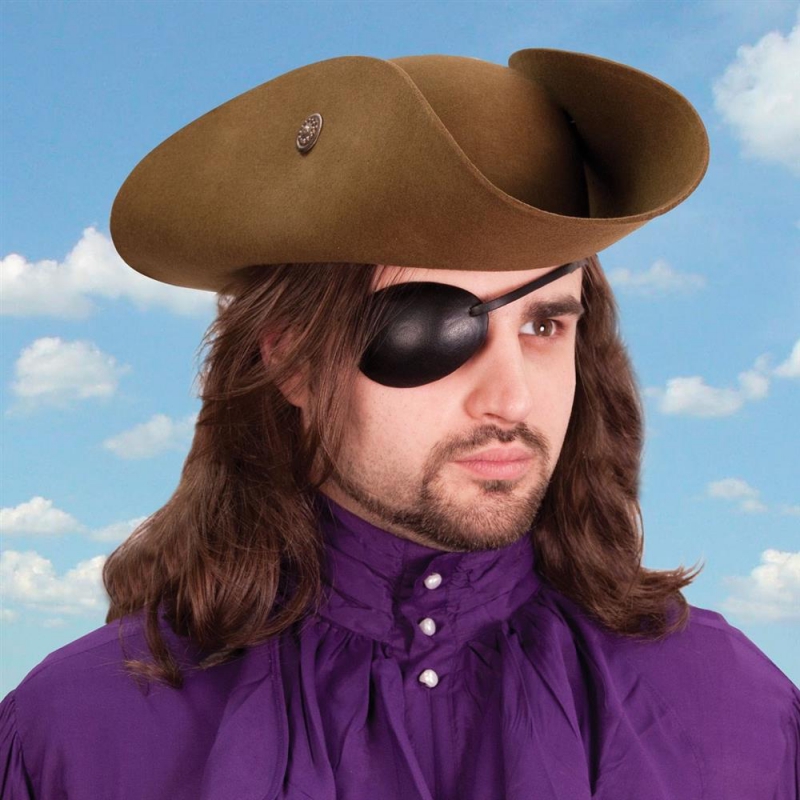 Pirates did not bury everything they looted under a big “X” mark on the ground. It’s not that they never buried their riches but not with the regularity, as stories would have us believe. This notion is probably made popular by Robert Louis Stevenson’s novel Treasure Island (1883), which involves a hunt for gold hidden by a ship’s captain. Also, the loot was not always gold or silver. In fact, most of it was clothes or food.

Pirates were more disciplined than given credit for

Pirate ships had strict guidelines that all buccaneers had to live by, which included how the riches would be divided, the chores to do, and what was generally expected of them. One common (and surprising) rule was that there would be no fighting onboard. Disagreements had to be settled on land.

To satisfy the pirate in you, Museum Replicas has a range of wonderful pirate costumes that can be worn to fairs, cosplay events and Halloween. To complement these well-crafted and excellent garments, we also offer beautiful pirate accessories, such as hats, eye patches and sashes. Visit our website and sail into high adventure!