Sold out, Discontinued by Manufacturer
The cavalry saber reached an incomparable level of popularity during the Napoleonic wars. An efficient weapon of war with somewhat heroic overtones, it was used by officers on foot as well as troopers mounted on horseback. It had one drawback. For civilian use, formal, or ceremonial occasions, it was a bit cumbersome, even awkward, as even the lightest models were too heavy and long for practicality. Additionally, the multiple bar hilt, which effectively protected one''s hand from an opposing blade, would occasionally catch, snag, or hook on objects it touched in passing.  The solution was to scale the military saber down to about the size and weight of a small sword and replace the hilt with a spring loaded folding mechanism equipped with a single knuckle bow.
This modification allowed the civilian saber to avoid snags and be worn much closer to the body on the lighter belts and baldrics favored for civilian and military dress attire. It turned out to be a very effective weapon as well. Worn for self-defense, or as a sign of authority, it shortly became a common military dress accessory, even to this day.
The hilt features a highly detailed British lion motif and comes complete with a matching folding guard that locks to the scabbard. For contrast, the grip is made of rich black leather and bound in highly polished brass wire.
Complementing the hilt is an equally rich yet sturdy scabbard. Made of thick black leather and heavily reinforced with a polished brass chape, throat, and hanging rings, it''s elegant enough for the most formal occasions yet stout enough to endure hard wear and last for generations.
Hand forged out of 1050 carbon steel with a hard spring temper, it sports a narrow, modestly curved 32" blade that terminates in a wickedly effective point. Primarily thought of as a thrusting weapon, our Civilian Saber can deliver a surprisingly deep cut due to its carefully hand honed edge. It''s stout enough to defend against much larger weapons, yet light enough to be fenced from the fingers and wrist like a small sword. It can outmaneuver more ponderous blades while remaining ready to deliver a telling blow or lightning quick thrust. 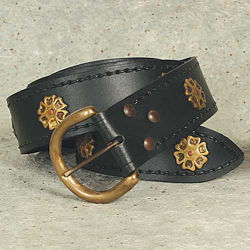 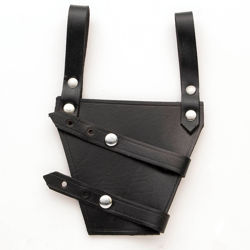 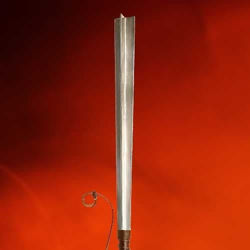 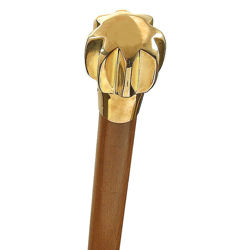