Have you ever been to a Renaissance festival? It is your chance to step back in time to a glorious era of fun and revelry. There are several exciting ones offering some amazing, fun-filled weekends this spring. The following are seven of the best Ren Faires in America, over the next three months. The Renaissance Pleasure Faire of Southern California began operations in 1963. It was the country’s first Renaissance festival. The show reenacts a late 16th-century market faire at Port Deptford, a town in Elizabethan England. The festival is held on 20-acres ground with 13 stages offering a variety of entertainment, including arts and crafts, parades, sumptuous food, music, dance, and exciting rides and games. The costumes worn by the fair’s actors are modeled after those of the Elizabethan period and undergo a stringent approval process to ensure they are up to standard. Visitors are also encouraged to wear Renaissance costumes but they do not have to be from the Elizabethan period. 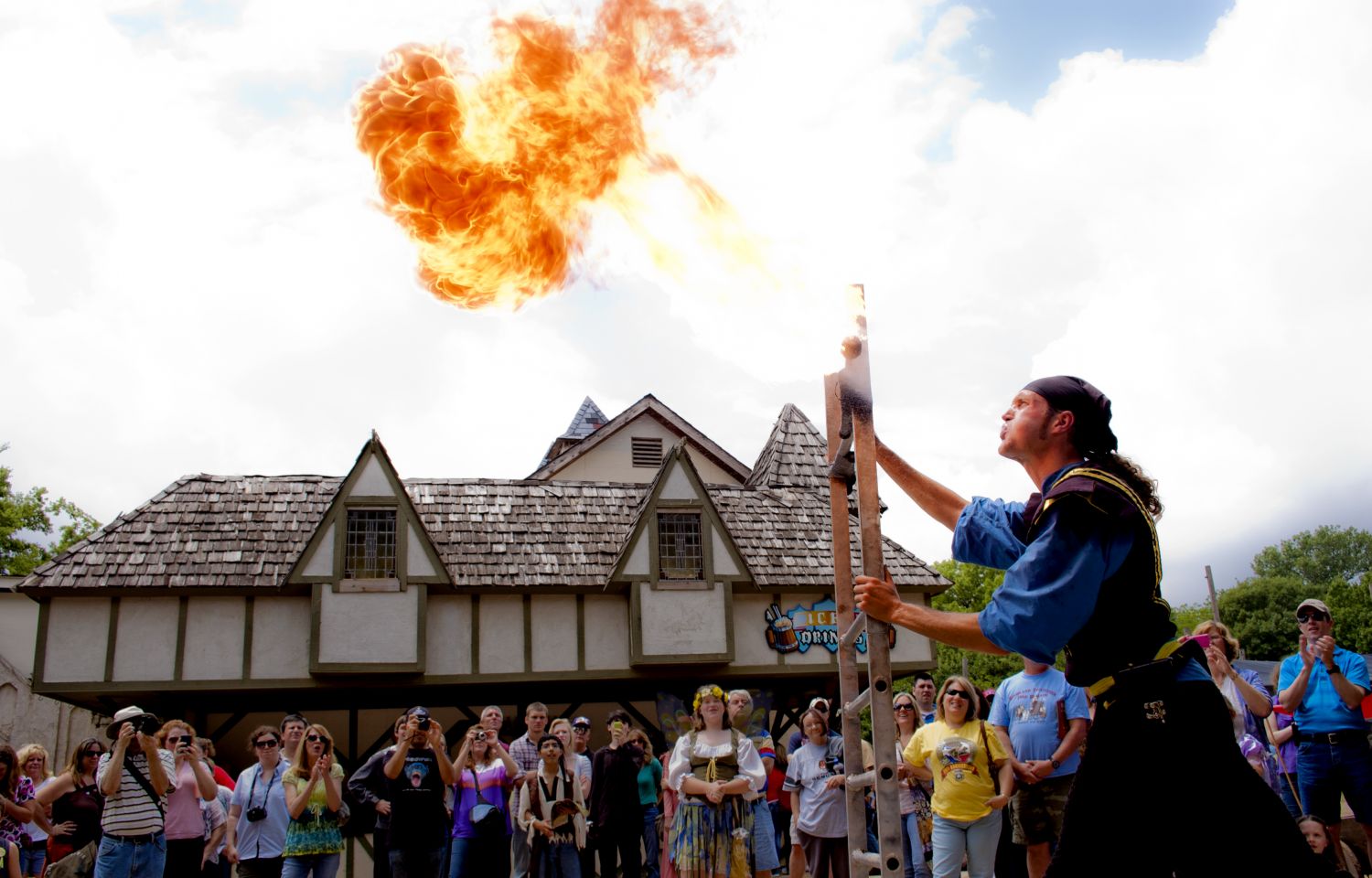 The Scarborough Renaissance Festival began in 1981. The fair is set in16th-century England during the rule of King Henry VIII. The festivities take place on a 35-acre area, where patrons will find over 20 stages of entertainment and more than 200 performances. The festival is home to around 200 shops selling goods such as candles, soaps, jewelry and toys, with artisans offering a live demonstration of how they craft their products. Don’t miss out on Crown Kitchens – a collection of food stalls serving delightful fare such as turkey leg, skewers, sandwiches and other items.

The first Tennessee Renaissance Festival was held in 1985. It takes place at Arrington, Tennessee, on the grounds of Castle Gwynn, a residential castle in a beautiful wooded area. The Village of Covington Glen set in 16th-century England features street performers, five entertainment stages, and over 60 artisans displaying a rich concoction of wares such as swords, jewels, and gems. The four weekends of the festival are filled with merchants, peasants and entertainers ready to regale visitors with their talents. 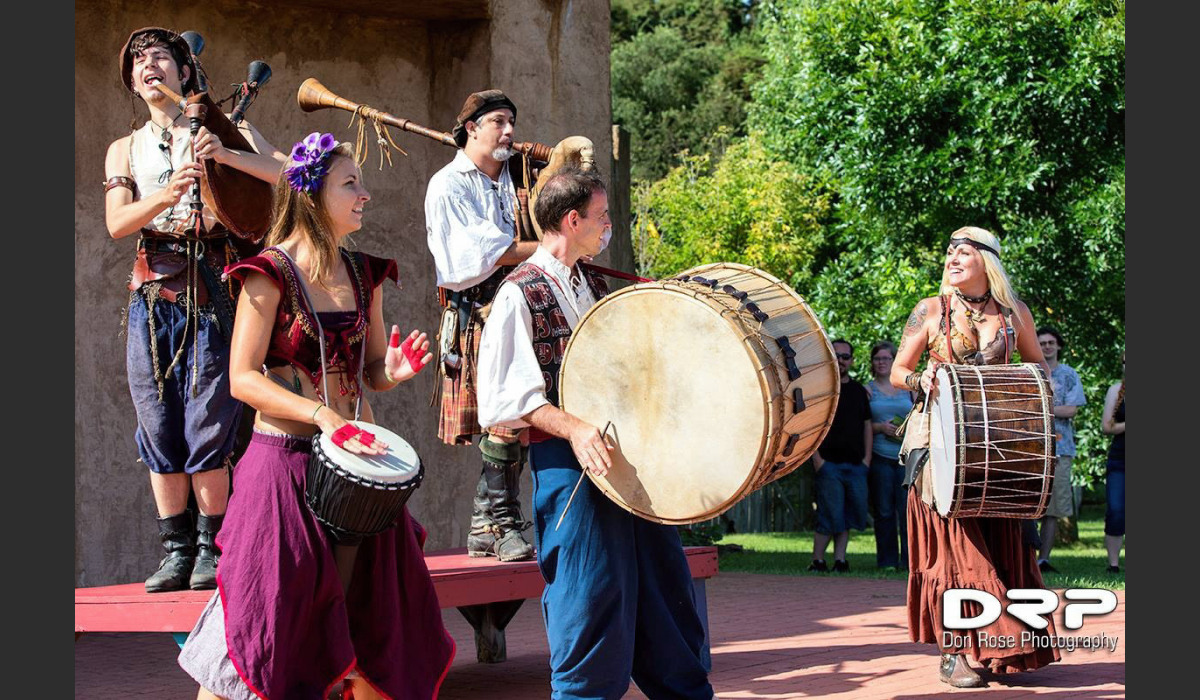 The Georgia Renaissance Festival has been in operation since 1986. It is located near Fairburn, Georgia. The festival, which is set in 16th century England during the reign of King Henry VIII, features an area of 32 acres, where over 150 gifted artisans display their skills, including glass blowing, wire bending, pottery and coin minting. Patrons will also enjoy the offerings of amazing clothiers, weapon smiths and a special foundry that offers pewter items. The food is excellent too. Further, the festival is a fun place for children, with many exciting activities for them to dive into. 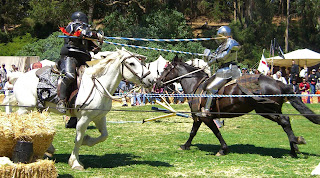 The New Jersey Renaissance Faire began in 2009. The festival, which takes place on the 60 acres of Liberty Lake’s beautiful countryside is the biggest of its kind in the state. Over the years, it has made a name as a great place for family entertainment. The fair features six stages that offer a wonderful array of performances such as sword fighting, fire breathing, music, comedy and acrobatics. Attendees will enjoy the village filled with gifted artisans and good food and drinks.

The Oklahoma Renaissance Festival was founded in 1995. It is located in Muskogee, about 135 miles east of Oklahoma City. The festival is set in mid-16th century England during the reign of Elizabeth I. The site, which is over 30 acres, features 15 stages during the festival. Its main showpiece is the 13-acre Castleton Village which is home to the majority of merchants and where 140 artisans are ready to entertain the patrons with unique wares and some stunning creations.

Days: Saturdays, Sundays, Memorial Day and May 3 (Students Day only)

The Sherwood Forest Faire is an annual Renaissance/Medieval festival that began in 2010. It is located in the Lost Pines section in McDade, Texas. The fair, which hosts a range of entertainment on its 25-acre space, is set in late 12th-century England during the rule of Richard the Lionheart. There are more than 130 artisan shops and visitors are treated to over 40 stage acts. Falconry, knife throwing, fire juggling, there’s something for everyone. The ground also features Sherwood Castle which offers rooms that can be rented as well as a Great Hall that can be reserved for weddings.